More than 285,000 people have signed an online petition calling for the closure of an enclosure in a shopping centre that is holding the "saddest polar bear in the world". 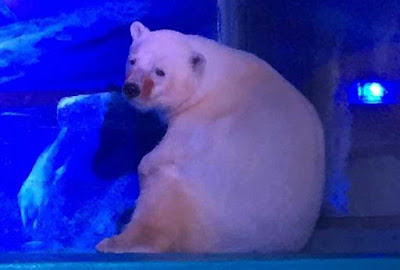 Animal rights activists say the polar bear in Grandview shopping centre in the Chinese city of Guangzhou is suffering so shoppers can simply take selfies with the animal. The polar bear is believed to have to endure constant banging of the window of its glass enclosure and shoppers gathering to take photographs of the animal. 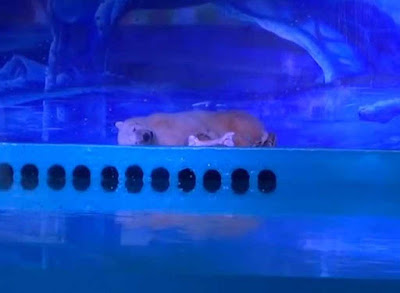 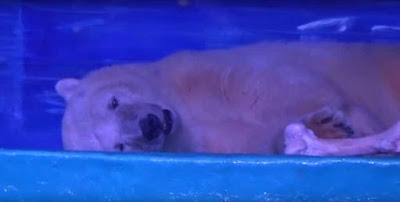 The Animals Asia group called for the attraction to be shut down and urged the Chinese public not to attend. Dave Neale, welfare director at Animals Asia, said there was "no excuse" for any animal to be "trapped", adding that it is widely believed polar bears are one of the hardest of all animals to effectively provide for in captivity. "Polar bears require huge amounts of space. Large enough for them to walk, run, climb and hunt.

"This bear has no peace and nothing natural to take comfort in. What’s more, information on how best to try to meet the complex physical and behavioural needs of captive polar bears is freely available, and yet this animal has been willfully incarcerated in this way," said Mr Neale. The building houses two polar bears in total, six young belugas, five walrus calves, arctic foxes and a wolf. Grandview promised to improve its facilities in April and announced plans to redesign the enclosure after meeting with Animals Asia to discuss the issue.
Posted by arbroath at 6:04 am
Email ThisBlogThis!Share to TwitterShare to Facebook

Oh my god this is horrific. I pray this leads to a rescue for that animal.

This is only the saddest one now that the poor sod in the concrete bunker in Argentina's excuse for a zoo has finally died.