A 90-year-old Massachusetts man was arrested for soliciting a prostitute after he called police to report that the woman stole a piece of jewellery after he paid her $100 to perform a sex act. When officer told Nicholas Salerno that he would face a criminal charge for admitting to hiring a prostitute, the nonagenarian replied, “I don’t give a f*ck. I’m 90 years old for Christ’s sake.” 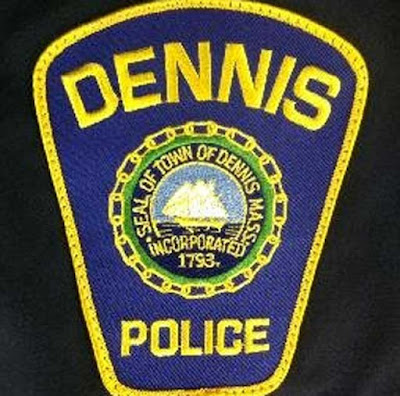 Upon her departure from his home, Salerno said that he discovered a gold chain missing from atop a bedroom dresser. Salerno said he waited a week to report the theft because he “wanted to give Karen a chance to bring the necklace back,” police noted. When asked if he knew the woman’s last name, Salerno told police, “All I know is her phone number and that she lives in an apartment across from the Christmas Tree Shop” in West Dennis on Cape Cod. 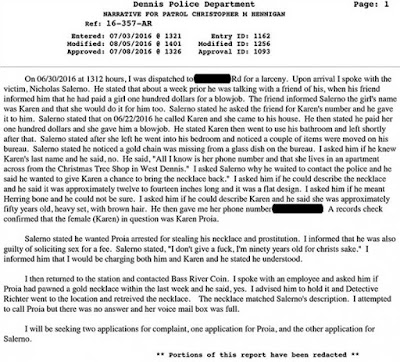 Salerno’s chain, police noted, was later recovered from a local firm that buys and sells gold and coins. A worker told officers that Proia had recently pawned the item. Salerno and Proia, who was charged with prostitution and larceny, were arraigned on Tuesday on the misdemeanor counts. Both defendants entered not guilty pleas. According to a District Court clerk, the charge against Salerno has subsequently been dismissed and his case is now listed as closed. Proia is next scheduled for a September 1 court appearance.
Posted by arbroath at 6:04 am
Email ThisBlogThis!Share to TwitterShare to Facebook

90?! Provided no viagra/cialis/similar was used he is my new hero.

LOL! If I had been writing this as fiction, that's exactly what I would have had him say!

My parents were sexually active into their mid 80s, and my father is now 93. I remember my great-grandfather when he was in his 90s, and my great-grandmother scaring everyone by standing on her kitchen counter to reach something on a shelf when she was well past 90. We do not reach these ages by eating pizza and drinking beer. I had just finished a meal entirely of fresh vegetables and a bit of fish when I read the article, was just finishing up desert of blue-berries and peaches.