A horrified couple woke to find a burglar asleep in their spare bed. Lying on the floor beside intruder Stephen Dixon was a partially-drunk bottle of wine which he had stolen from the house. The stunned occupants chased him from their home, only to find him sitting in their conservatory the next day. Dixon, 28, was jailed for 15 months when he appeared at Carlisle Crown Court on Thursday. He had previously pleaded guilty to a charge of burglary as well as two further charges of criminal damage and theft.

Jon Close, prosecuting, said that the occupants heard a noise coming from their spare bedroom at around 8.30am on Monday, January 18. He said: “They walked in the room and found the defendant face down in the middle of the bed, underneath the covers. They had no idea how he had gained entry.” Mr Close said that they told Dixon to leave and noticed that he had left a pair of socks and a hat next to the bed. He added: “They noticed that a front door key and a pair of women’s trousers were missing.” 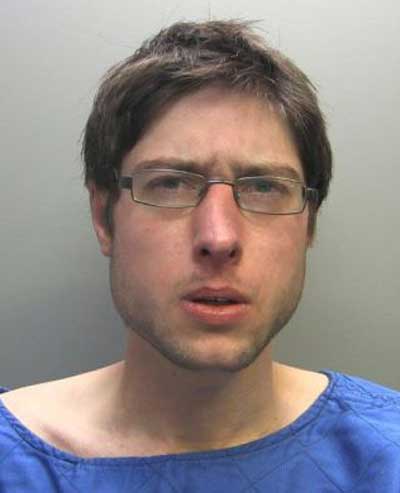 He said that the occupants also reported three-quarters of a bottle of wine had been drunk, while Dixon had also helped himself to a packet of biscuits. Mr Close said the following day, one of the occupants left their home in Penrith, at around 9.30am, but returned shortly after midday to discover Dixon sitting in their conservatory. The man had said: “How the hell did you get in today?” It was at that point the police were called and Dixon was arrested. Mr Close said that Dixon, formerly of Penrith, but now of no fixed address, said the couple had been left shaken by the ordeal.

Dixon had also caused damage of around £500 to the door of the conservatory. Dixon had also stolen a can of Cherry Coke from the Spar shop on Burrowgate, on January 17. Keith Thomas, defending, told Judge Peter Hughes QC that Dixon had been held in custody at HMP Durham since January and that he stole the drink because he was “thirsty, tired and hungry”. Judge Hughes sentenced Dixon to 15 months for burglary, two months for for criminal damage and one month for theft, which he must serve consecutively. However, he told him that the time he has already served would be included in the overall sentence.
Posted by arbroath at 6:02 am
Email ThisBlogThis!Share to TwitterShare to Facebook