A Florida man who fled from police during an attempted traffic stop bailed out of his car and took off running with his 5-year-old son before abandoning the boy when he couldn't keep up, police said. Jerry McCabe, 27, from Dania Beach, was arrested on Tuesday on multiple charges, including child abuse and child neglect.

According to a Pembroke Pines police arrest report, McCabe was driving a Dodge Charger without a valid licence when an officer attempted a traffic stop. Police said McCabe refused to stop and led the officer on a chase, weaving in and out of traffic. The car's two driver's side tyres eventually blew out, so McCabe and his son got out and ran away. 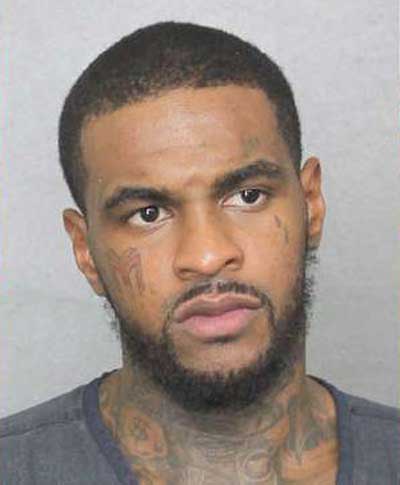 Police said the officer chased after them and ordered them to stop, but they kept running. During the pursuit, the officer heard McCabe yelling at the boy to keep up. McCabe left the boy and jumped over a barbed-wire fence while the officer stayed behind to be with the boy. Once a security guard at a nearby building agreed to watch the boy, the officer started to chase McCabe again.

Police said McCabe later surrendered to the officer. After he was arrested, McCabe told police that he was taking his son to get a physical for football and was running from the officer because he didn't have a valid licence and had marijuana in his car. McCabe also faces one count of driving with a suspended licence, resisting arrest without violence, possession of marijuana and fleeing with disregard of safety to persons or property.
Posted by arbroath at 6:04 am
Email ThisBlogThis!Share to TwitterShare to Facebook