A man went to extreme lengths to steal a bicycle, by cutting down the tree it was chained to. 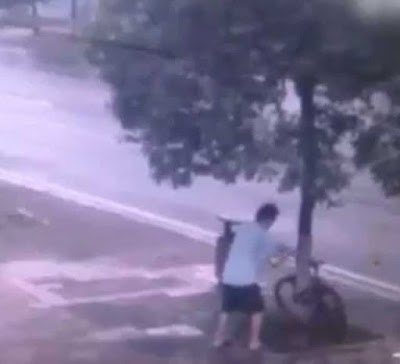 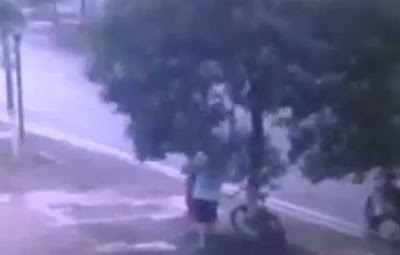 CCTV captured the incident in Changsha city, in central China's Hunan Province in the early hours of Monday morning. 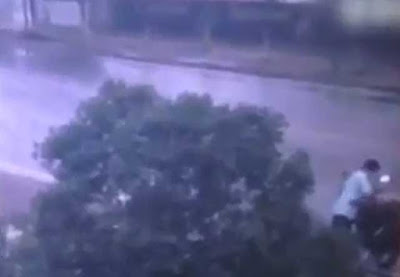 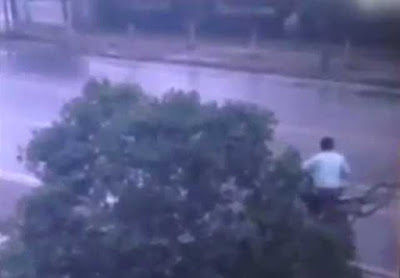 In the clip, the man is seen approaching the bicycle, which appears to be safely attached to the tree. He then took out a saw and began hacking away at the trunk.

Eventually the tree crashed to the ground. He then quickly unhooked the bike from the tree trunk, before putting it on the back of his motorcycle and riding off down the street.
Posted by arbroath at 6:02 am
Email ThisBlogThis!Share to TwitterShare to Facebook

So a person takes video of it, but doesn't call the police. I don't care about the bike. It's the cutting down of the tree that pisses me off. Selfish sob.

It looks like the incident was caught on a security camera but rather than uploading it straight to the internet someone decided to record the security video with their cellphone and then upload it online.