A beloved gaggle of geese, considered therapy pets, could be removed from a property in Town of Beloit, Wisconsin, because of a town ordinance. "I always loved 'I love Lucy,' Bob Sparks said about the reason he named his geese after leading characters in the sitcom show. 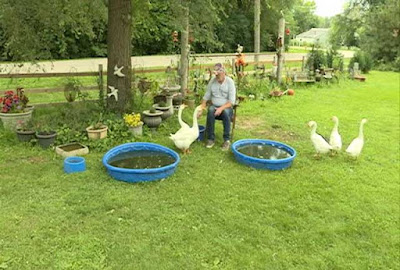 But Sparks fears Lucy, Ricky, Fred & Ethel and Mrs. Trumble maybe removed because of an ordinance prohibiting geese. "It said you've got 10 days to remove it," Sparks said about the letter he received from the Town of Beloit. "It was a shock," he added. Sparks is disabled, with a doctor's note allowing him to keep his geese as therapy pets. He says his pets help him get out in mother-nature.

"I have to get up and let them out everyday, feed and water 'em, I have to change and water them every day because they love to take baths," Sparks said. In an effort to raise awareness, he started a petition. Town of Beloit's Administrator Ian Haas says Sparks can take out a $200 variance request, but there is no guarantee the geese exception will be granted. 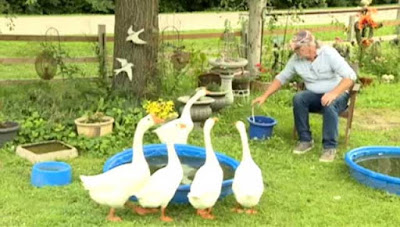 "We get a lot of these different requests now," Haas said about a whole host of animals considered. "I'd like to say we could get an answer within a month," Sparks just hopes his 'I Love Lucy' cast of pets won't be forced off his property. "Once something gets in your heart, it gets embedded in you, I'm embedded in them, and them in me," he said.