At about 9pm on Wednesday, police in Toronto, Canada, received a call about a person with a gun.

Toronto Police tweeted that officers were responding to a report of a man seen with a gun.

When police arrived, they discovered that what prompted the call was actually a life-sized mannequin from the 1984 science-fiction movie The Terminator. 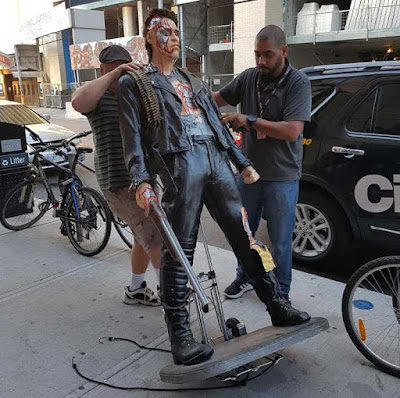 Police secured the area before determining there was no threat. Apparently a tenant had recently moved out from the area and had left the prop behind.
Posted by arbroath at 6:04 am
Email ThisBlogThis!Share to TwitterShare to Facebook