A paramedic in Southern Ontario, Canada, suited up in full Ebola protective gear on Sunday morning, not for an outbreak situation, but for a rescue mission to save a skunk with a cup stuck on its head. 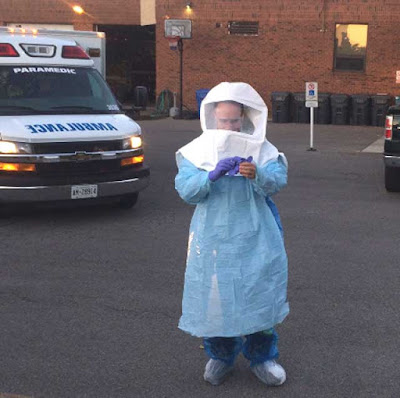 Justin Mausz was pulling into the station on Goreway Drive in Mississauga at around 7:30am on Sunday, when he spotted the animal in the back parking lot with a cup on its head and the dome lid caught around its neck. 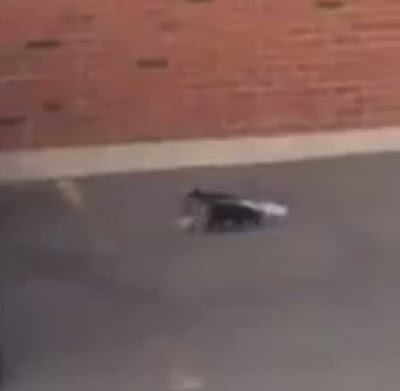 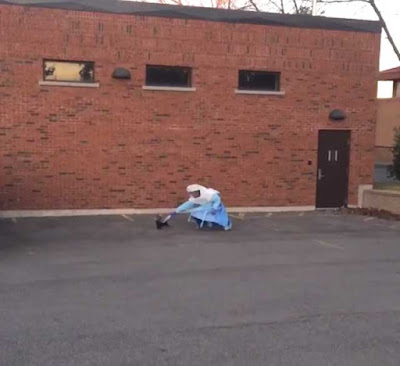 But to keep the skunk spray, and smell, off his uniform, he donned protective gear used in situations involving infectious diseases, such as Ebola. Treading carefully, Mausz managed to get the cup off of the skunk successfully. He also managed to save the animal without getting sprayed in the process.

There are two short videos here and here.
Posted by arbroath at 6:05 am
Email ThisBlogThis!Share to TwitterShare to Facebook