Police are searching for two men wanted for breaking into an apartment in Crotona Park, New York, and stealing several items, including a rabbit in its cage. 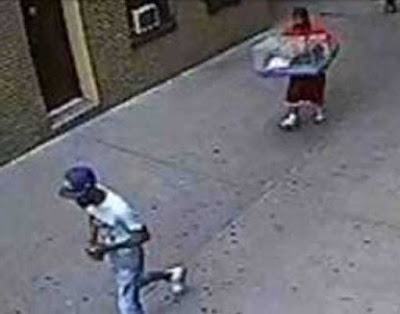 The two men went into the apartment through an unlocked front door at around 6pm on Monday, July 27. The men took a rabbit in a cage, a metal bracelet and a passport.

Street surveillance video caught them walking away with the rabbit in the cage. Neighbours say they are baffled. "I am pretty sure that there were more valuable things in the apartment," Licelot Arias said. 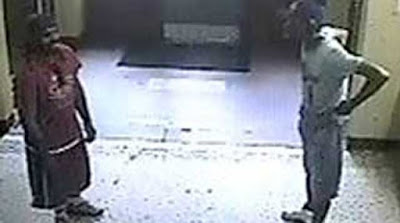 One man is described as being 5-feet 11-inches tall with braided long hair. The second man was wearing a light blue T-shirt and shorts, white sneakers and a blue baseball hat.

I can't see how anything could be more valuable than a living creature.
My hope is that they, like me, object strongly to an active animal being kept in a cage, so they stole it and took it home where it gets a garden to run around in.
FYI, rabbits are more active than cats. It's just that nobody locks a cat up in a cage it's whole life.
I don't believe in that god bullshit, but who or whatever designed rabbits, should have given them a voice, cos them people would know how much they suffer.

This is really interesting, You are a very skilled blogger. I have joined your feed and look forward to seeking more of your fantastic post. Also, I ave shared your website in my social networks!

Good day! I could have sworn I've been to this blog before but after browsing through a few of the articles I realized it's new to me.
Anyways, I'm certainly delighted I stumbled upon it and I'll be bookmarking it and
checking back frequently!

I think the admin of this web page is truly working hard for his website,
as here every material is quality based material.