In a daring robbery, unidentified people managed to gain entry into a coach on a moving train which was carrying used currency notes worth Rs 342 crore (£39,260,000, $51,050,000) being transported from Salem, a western city in Tamil Nadu, southern India, to the state's capital Chennai, and made off with Rs 5.78 crore (£665,000, $865,000). Forensic staff are now checking along the railway tracks for clues of the culprits. "A special team has been formed under Railway police SP Vijayakumar and three DSPs will be assisting him in the investigations" said M Ramasubramanian, Inspector General. A total of four boxes were found broken, with cash in one of the boxes entirely missing. Another box was half-empty and the third box had been opened, but cash in the box was just left scattered, not missing. 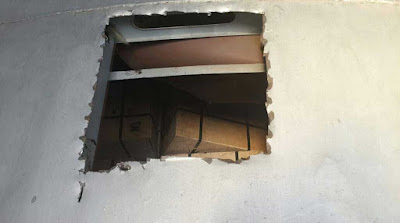 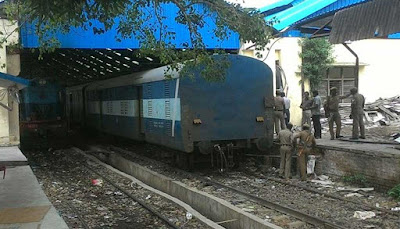 This might have been because the cash in the last box was of smaller denominations. The police stations from Salem to Chennai have been alerted and all police inspectors have been roped into the investigation. "The incident came to light when RBI officials opened the coach on its arrival (in Chennai) and found the currency notes lying scattered inside," said the IG. The currency reportedly belonging to a few public sector banks was being transported in a train from Salem to Chennai to be handed over to Reserve Bank of India. It is not clear at which spot the thieves managed to sneak out the cash boxes in the nearly 350-kilometre-long journey that the train took on Monday night. According to police sources, the heist came to light only after the Salem Express reached Chennai at around 3.55am on Tuesday. A hole, large enough for a person to enter, was found on the top of the railway coach in which the currency was stored in 226 boxes. 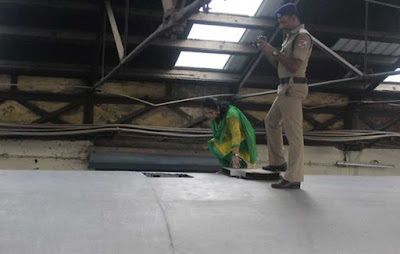 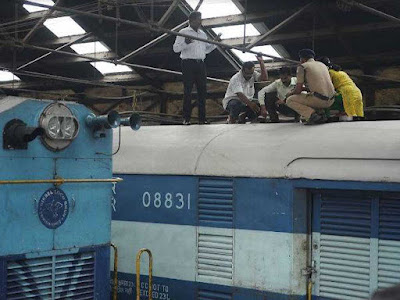 Sources said the boxes contained used currency collected from various branches in and around Salem. The consignment was being transported with heavy security, including by a team headed by Assistant Commissioner of Police. It is unclear how the thieves could have cut the hole on the roof of the coach, given that the electric cables would have been right above the coach. Police suspect the burglars exploited a few stretches along the route which are not yet electrified. According to railway sources, a High-capacity parcel van (VPH) has been leased out by the Railways for carrying the cash from Salem to Chennai Egmore station. During transportation, as per records available with the Railways, 15 RPF personnel had been deployed for security. Some of the armed RPF personnel had been put into the general compartment before the VPH parcel van, while a few of them travelled in the Guard Coach, attached behind the VPH.

The VPH parcel had been be sealed during transportation. There was no RPF armed people inside the VPH, however. The theft is likely to have taken place between Salem and Vridhachalam as the 138-km section was non-electrified. Sources added that the train reached Vridhachalam station at 11.50pm and left the station at 12.15am. At the station, the engine of the train was changed from a diesel locomotive to an electrical one, as the Vridhachalam-Chennai Egmore section is completely electrified. The train is now stationed in a yard near Egmore railway station in Chennai. A railway police source said since the cash boxes were being transported in the cargo section, it would fall under the jurisdiction of the Railway Protection Force, which will investigate the case. Police are trying to verify if the train was halted anywhere else during its journey or if the thieves had managed to enter the coach before the train began its journey.
Posted by arbroath at 6:04 am
Email ThisBlogThis!Share to TwitterShare to Facebook

This sort of story restores my faith in human larceny. :)

Willie Sutton would have smiled.

Fortunately, the total number of rupees stolen only amounted to about $3.40 American.

Ronnie ! See what you started !