A deer head-butted the owner of a rural fur company in Willmar, Minnesota, jumped over counters and tipped over boxes before fleeing out the door where it had entered earlier this week. The six-point buck caused havoc at Johnson Fur where workers are in the process of handling thousands of deer hides harvested by hunters the last two weeks. 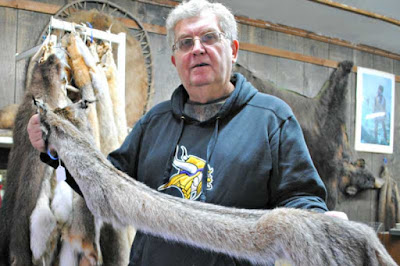 “It was something else,’’ said business owner Scott Johnson, who took a set of six-point antlers to his ribs and stomach. Johnson said he had a few tender ribs but otherwise was OK. It all happened at around 4pm on Wednesday. With warm weather, the front door to Johnson Fur was wide open. Johnson said he was in his office when he heard a worker in a back room yelling his name. “I thought he just needed something,’’ Johnson said.

He got up from his office desk and stepped around the corner. “Here it was, a big buck coming right to me,’’ said Johnson, 67. After butting into Johnson, the deer dashed into the back room. It jumped on the grading tables where hides are sorted and lots of paperwork was stacked. “He proceeded to make mischief of it,’’ Johnson said. “He kind of tore the place apart before we got it out of the door,’’ he said. 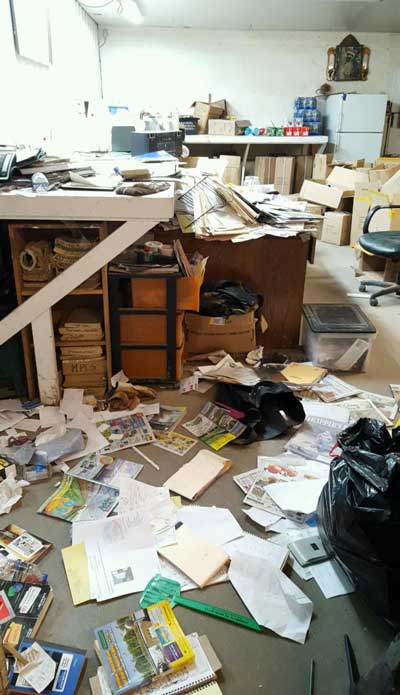 Johnson said he was initially worried the deer might break its legs while running and jumping over everything, but was surprised by how agile the deer was. At one point it had even jumped atop a refrigerator. Scott and Lynette Johnson’s dog, a Jack Russell terrier, barked at the intruder and nipped at its heels while Johnson and workers yelled at the buck. This is the deer rutting season, so Johnson said he can only speculate that the smells from the deer hides inside the building might be what attracted the buck.
Posted by arbroath at 6:02 am
Email ThisBlogThis!Share to TwitterShare to Facebook

Thank you for posting such a great information ……. card activation