Justin DeLuzio's last cross country race of his college career turned out to be one he won't forget after he was blindsided by a deer. DeLuzio, a Senior at Gwynedd Mercy University and member of the school's Men's Cross Country team, was competing in the NCAA Division III Mideast Regional Cross Country Championships at DeSales University in Center Valley, Pennsylvania, last Saturday. 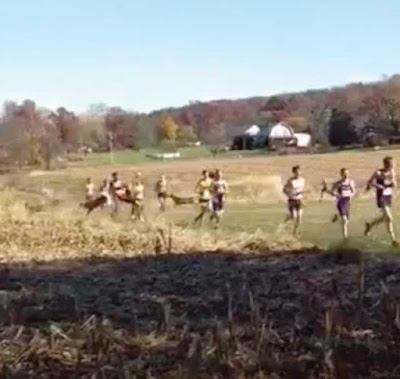 As DeLuzio ran, four deer suddenly darted across the course. "I turn my head a little bit to the left and he comes right there," DeLuzio said. An onlooker recorded as the animal crashed into DeLuzio, sending him flying to the ground. "He knocked me down pretty good," DeLuzio said. DeLuzio was able to get up thanks to his teammate Matt French who helped him up and ran with him for the rest of the race. 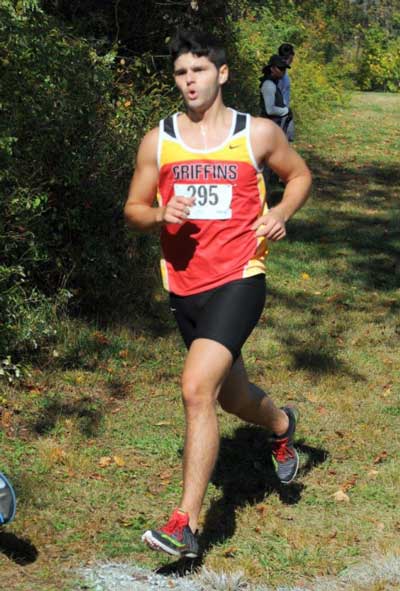 "My last country race, his last country race and just a demonstration of camaraderie and it's what this team is all about," DeLuzio said. DeLuzio's coach Kevin Clark was waiting on mile 3 during the freak accident and couldn't believe it when he heard what happened. "At that point you're like that can't be true but Justin is running holding his side a little bit. He definitely doesn't look like he normally runs," Clark said.

Clark said DeLuzio's other teammate Armani Rivera also ran with them for a portion of the race. DeLuzio is still dealing with a bruised hip and soreness. He knows it could've been much worse however. "I was lucky," DeLuzio said. "I was fortunate. I know if that deer was a little bit bigger I could have been in serious trauma."
Posted by arbroath at 6:07 am
Email ThisBlogThis!Share to TwitterShare to Facebook