An Ohio woman arrested in a prostitution sting told an undercover officer that her price for oral sex was $50 and a plate of nachos, police say. 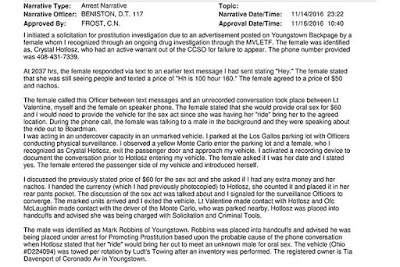 In reply to the undercover officer’s initial text, Hotlosz quoted an hourly rate of $160. But after some negotiation, she altered her demands and “agreed to a price of $50 and nachos.” Hotlosz subsequently met the officer on Monday night in the parking lot of a Mexican restaurant in Beaver Township, which is about 13 miles south of Youngstown. 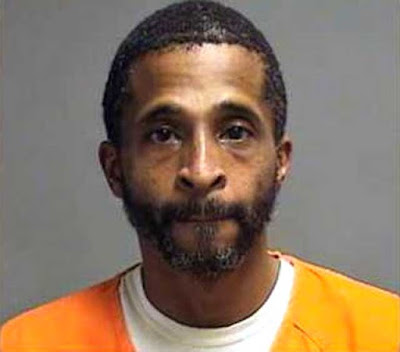 After entering the undercover vehicle, Hotlosz “asked if I had any extra money and her nachos,” the officer reported. After accepting cash, but, alas, no nachos, Hotlosz was arrested for solicitation. Police also arrested a 41-year-old Youngstown man, identified as Mark Robbins, who had driven Hotlosz to meet with the purported client. Hotlosz was booked into the Mahoning County jail, where she remains locked up on $1,750 bond.
Posted by arbroath at 6:06 am
Email ThisBlogThis!Share to TwitterShare to Facebook