Defiant pigeons still sit under bridge even though £8,000 has been spent on spikes to deter them

Pigeons are continuing to sit under a bridge in Frome, Somerset, even though it recently received an £8,000 pigeon-proofing renovation. The creatures are seemingly unfazed by the expensive pigeon preventing spikes. Spikes were installed on Rodden Bridge to tackle the pesky pigeons after the footpath below was labelled dangerously slippery due to an abundance of bird poo. 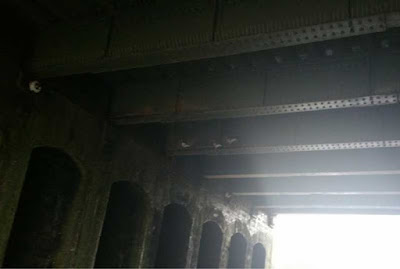 The bridge, which allows a rail line to cross over Rodden Road, underwent the pigeon proofing transformation to address these concerns. Frome Town Council and Network Rail teamed up to solve the street detritus problem. The council paid close to £4,000 for the works, with Network Rail matching that amount. 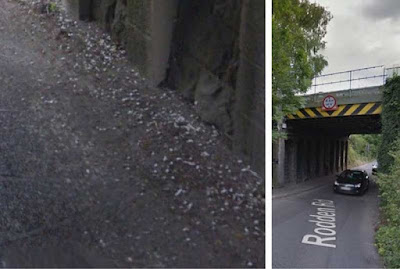 Rodden Road was closed from Monday, November 7 to Friday, November 11 between the hours of 10pm and 6am, while the works took place. The works, it appears, were to no avail as pigeons are still sitting under the bridge. A spokesman for Network Rail said: "Pigeon spikes were installed extensively across the bridge two weeks ago while all areas of the bridge above the public domain, where practical, also had spikes installed. 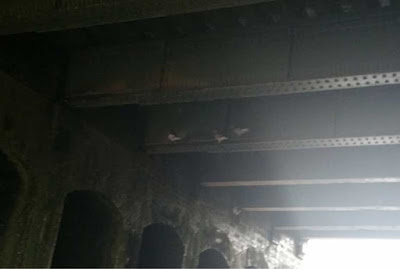 "With regards to pigeons still being spotted on the bridge, the specialist contractor that installed the deterrent measures, Pestokill, advised that time should be given for the birds to move on. We've effectively taken away the home of a large population of the birds, and it is a natural behaviour for them to stay in the local area before moving on elsewhere." Frome Town Council has been approached for comment on whether it thinks the works were worthwhile - it is due to respond early next week.
Posted by arbroath at 6:01 am
Email ThisBlogThis!Share to TwitterShare to Facebook

Eminem is an American rapper and one of the most successful artists in hip-hop. As of 2020, Eminem net worth is now estimated to be $230 million.

Pigeons are tough birds. TPE injection molding had a horde of pigeon living on their terrace and it took them forever to fly them away.