Fire crews were called to rescue a bull with its head stuck in a feeder in Water Orton, near Coleshill, Warwickshire. 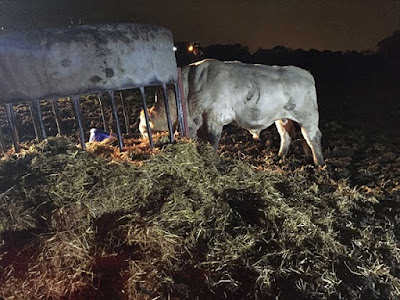 The call was made to Warwickshire Fire and Rescue Service about the hungry animal at 7.23pm on Thursday.

On arrival crews and the Large Animal Rescue Team assessed the situation and worked out how to release the bull whilst minimising any stress. 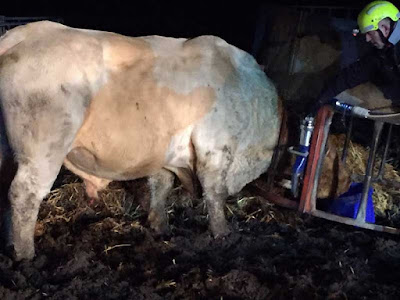 Due to the location crews had to set up lighting around the bull and then used cutting gear and lines to release the animal from the metal feeder unit. Luckily the bull was released uninjured and was none the worse for his ordeal. He even managed to get another feed without getting his head stuck.
Posted by arbroath at 6:03 am
Email ThisBlogThis!Share to TwitterShare to Facebook

Thanks for the best share and i loved it,
cinema hd for firestick

May God bless these firefighters. Once I used to work in power adapter manufacturer and suddenly a fire broke out in the plant and firefighters worked really hard and put off the fire and saved everyone.