A pensioner from Tilehurst, Berkshire, has been left baffled after being chased by the council for a parking ticket which he claims is not for him. Michael Longmuir, 65, received a fine in January after the council claimed his car was parked without a ticket in Reading town centre in November 2015. Mr Longmuir refused to pay the fine but despite going into Reading Borough Council's offices to explain the situation, was told his car was the car in question. 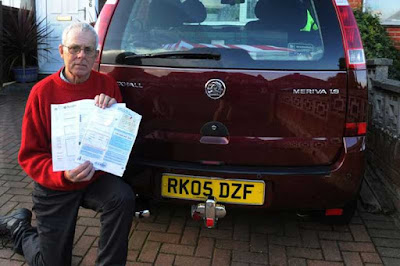 After not paying the fine, the council sent round a sheriff at the end of October to seize the car and collect a fine of around £400, but after looking at Mr Longmuir's vehicle, admitted the car did not have the same number plate as the one in question. Both Mr Longmuir and the council insist they have checked the driver and vehicle licensing agency (DVLA) records based in Swansea but the matter appears to be no clearer. The car in question is a Vauxhall Meriva, the same make and model as Mr Longmuir's vehicle, however, the number plate is different. 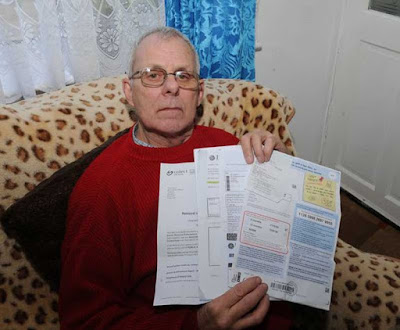 Mr Longmuir said: "I went into the council but they didn't want to know. I wasn't allowed to talk to anybody about it. The car is a different registration to mine. I never go in to town because I have a bus pass. I feel something should be done about this. I have rung the council up and told them it is not my vehicle. A sheriff from the council came round from the council offices with a bill of £400 but when he arrived he saw it was a different vehicle in its place." He said: "I rang up Swansea [the DVLA] at the time and they looked on their records and said I didn't own the vehicle. It has caused me an awful lot of stress. 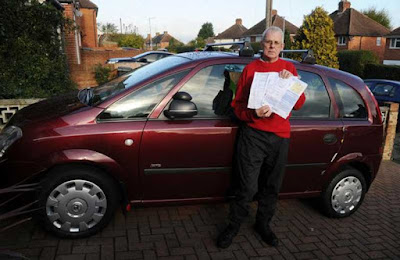 "I have been in to the council offices on a number of occasions but it's like talking to a duck out of water. All they had to do was ring up Swansea and they would have said who the vehicle belongs to. It must have been a stolen vehicle or one with different numberplates. I feel this is important for other people to know about this." David Millward, spokesman for Reading Borough Council, said the authority had checked the DVLA records which said Mr Longmuir is the registered keeper of the car, so the fine lies with him. Mr Millward said: "We can confirm the council has correctly processed a parking ticket in accordance with the relevant legislation. Mr Longmuir has not formally challenged the ticket and remains liable as the DVLA registered keeper."
Posted by arbroath at 6:04 am
Email ThisBlogThis!Share to TwitterShare to Facebook

On Pictame2, we created 'Trending Now' and 'Hot Users' pages and also related users suggestions for you to discover the most exciting users on Instagram.

If you found any network connectivity errors like H202, H505 in your Quickbooks software. You can download Quickbooks Tool Hub to troubleshoot the connectivity issues. It is the collection of all essential tools to diagnose errors.
Quickbooks tool hub download

Nice to read this blog about "Pensioner bewildered as council continue to chase him for parking ticket which is not his"!
Great work and Thanks for the sharing!!
Buy gmail verified accounts

Guys, check your car regularly for breakdowns. I recently went to family on a trip but my car broke down on the road, I went to coilover parts and they picked me up quality parts at an affordable price. Take care of yourself!