A man who allegedly attempted to drown his grandmother in the toilet after she asked him to turn down his music has been arrested on a charge of attempted murder, police in Springfield, Oregon, have said. Police responded to a report of a woman crying for help on Sunday night at an apartment complex. 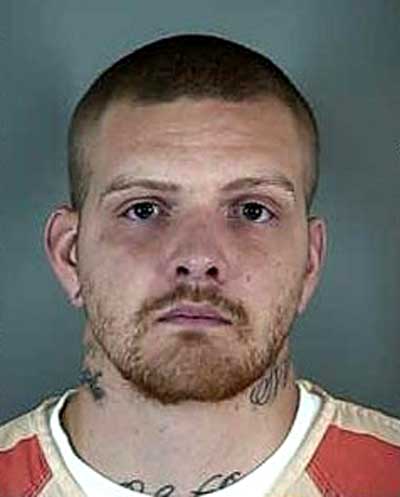 Police say 24-year-old Isiah Vickery was temporarily living with his grandmother in her Springfield apartment. According to the investigation, when she asked him to turn his music down, he turned violent. "Basically attacked her and tried to strangle her, " says Detective Sgt. David Lewis with the Springfield Police Department. "What she described as trying to break her neck." 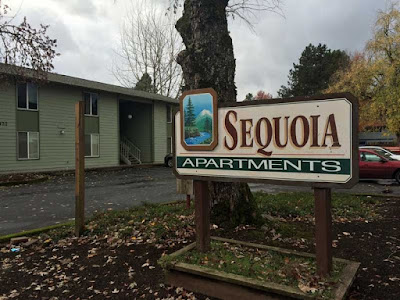 Sgt. Lewis says the 65-year-old tried to fight off her grandson. That's when police say he tried to drown her, first in the toilet, and then the bathtub. Police say neighbours called for help. When they arrived on scene, Sgt. Lewis says she had hair pulled out, and appeared shaken and frightened. "She told the officer at the scene that she thought he for sure he was going to a kill her," added Lewis. According to police, Vickery ran before police arrived.

They searched for him that night, and put flyers out at nearby businesses. They arrested Vickery near the apartment the following day. Vickery was arraigned on Tuesday on a number of charges, including attempted murder, fourth-degree assault, and strangulation. Sgt. Lewis says Vickery has been arrested in the past on a domestic abuse charge. This investigation is ongoing, and Vickery could face additional charges. His next court hearing is scheduled for December 21.
Posted by arbroath at 6:04 am
Email ThisBlogThis!Share to TwitterShare to Facebook

When we are providing Cheap Term Paper Service, we care about the career of all our clients. With any Custom Research Papers Services that student requests from us, we have to use all the relevant resources that we have to write a quality paper and one that demonstrates an excellent understanding of the topic.

Cotton screening is typically the most popular approach applied to polyethylene and polypropylene. Both these resources have very flat, non porous surfaces, perfect for cotton screening. check these guys out, have a peek at this web-site, great post to read, check it out, click here now, navigate to this website, check my blog, get redirected here, click for more info, i thought about this, this contact formWith modern assessment methods, a wide variety of half shades, graduated monitors and method making can be accomplished at a reasonable price. Small to average quantities of product with complicated making, provide itself to silk screening. See details of cotton assessment above.

Thank you for sharing this