Man arrested with a loaded handgun hidden between his buttocks

Police found a loaded handgun hidden between the buttocks of a man in Brisbane, Australia. The man was arrested on Monday after police found the gun in his car and then went to search his inner-city apartment. 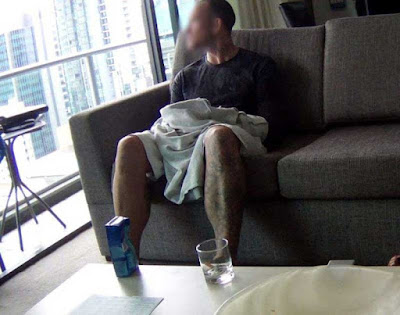 While police were at his apartment, they searched the man and found a loaded handgun between his buttocks. The man was believed to be an associate of the Rebels outlaw motorcycle gang.

He has been charged with possession of two handguns, a silencer, taser, explosives and drugs. Taskforce Maxima commander Mick Niland praised the work of officers. "It was great work by city officers acting promptly on reported suspicious activity and conducting a thorough search of the vehicle," he said. 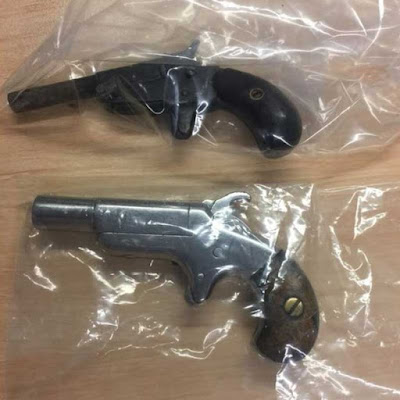 "Those that associate with OMCGs [outlaw motorcycle gangs] have to realise there is a cost and a risk to being a member or an associate of these crime gangs and organised crime. You will continue to be targeted relentlessly by all QPS officers." The man will appear in Brisbane's Magistrates Court on December 21.
Posted by arbroath at 6:04 am
Email ThisBlogThis!Share to TwitterShare to Facebook