Man who cheated recycling machine out of more than €44,000 with one bottle jailed

A drinks vendor in Cologne, Germany, modified a bottle-recycling machine to swindle tens of thousands of euros from the German recycling system, a court learned on Tuesday. The man was then sentenced by a Cologne court on Wednesday to ten months in prison after he was convicted of professional deception. The German bottle recycling system is simple enough. Place the bottle in the machine, press the button, take your receipt, and get a few cents back.

But the 37-year-old drinks salesman manipulated a bottle-recycling machine in the cellar of his drinks shop to earn a lot more than a bit of spare change. Having installed a magnet sensor and a kind of wooden tunnel into the machine, the man was able to feed the bottle into the mechanism, receive the compensation, and retrieve the bottle without it being shredded. The drinks vendor was therefore able to extract €44,362.75 from the machine by inserting the same bottle into the machine 177,451 times. 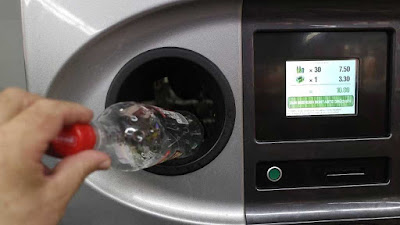 The defendant invested around €5,000 into his criminal machine. His lawyer stated that “it was a method by which one could earn good money with relatively little investment.” The judge described the feat as a “logistical master stroke”, concluding that he must have “done nothing else every day other than attend to the machine.” It is not known how long it took the man to earn the final sum, but the process was evidently extremely time-consuming. “I had a radio next to it because otherwise it was really boring,” the defendant replied. The scam is unlikely to be a one-off.

The Deutsche Pfandsystem Gesellschaft, which is responsible for the machine distribution and payments across Germany, did not notice the scam until an undercover detective was given an anonymous tip-off. The detective estimates that such scandals could be bringing about “damages into the millions [of euros].” The defendant’s lawyer stated her client offered a full confession, but added that he “did not invent the scam, but merely copied it.” Giving the defendant a ten month sentence, the judge spoke of the crime as an “audacious act to earn his money from such a scam.”
Posted by arbroath at 6:02 am
Email ThisBlogThis!Share to TwitterShare to Facebook

“I had a radio next to it because otherwise it was really boring,”

He couldn't have automated a machine to insert and retrieve the bottle?

Skills can be imparted, but the will to persist and persevere is inborn… a talent you have been blessed with. Well done.

Many others failed because they had a lot of excuses. You succeeded because you didn’t have any. Well done.

Massage is very important for relaxing.