Police hunt for statue bear-napped from outside factory

Police in Abilene, Kansas, are on the hunt for a statue of a candy bear stolen from outside a factory. The bear, which is 3.5 feet tall and 4 feet wide, was donated to the Russell Stover factory by former owners in the early 1990’s. 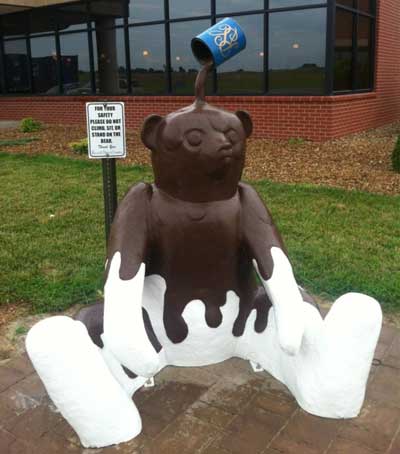 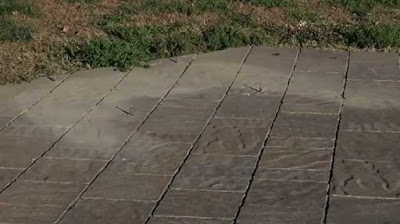 Willis said the bear vanished sometime between Nov. 4 and Nov. 5. “No sign of it,” he said. “We keep looking on Facebook to see if anybody has any pictures of it in their living room or their front porch.” Abilene police are on the hunt for the bear and the suspected thieves. They are searching traffic cameras for clues.

In the meantime, factory workers said they are left wondering where the bear might be. “We don’t know if it will show up on the beach somewhere in a Hawaiian shirt with a margarita or something else,” Willis said. Dickinson County Crime Stoppers is offering a $1,000 reward for the return of the bear.
Posted by arbroath at 6:03 am
Email ThisBlogThis!Share to TwitterShare to Facebook

We're searching for web givers with a composing foundation who are energetic in carrying on with a real existence injected with the healthy and hand crafted love of farmhouse way of life to Write for us Technology. What does it take to be a web supporter? We have our eyes out for individuals who have their finger immovably on the beat.

When I want to reward myself I get a Relaxing MASSAGE.