A stretch of road in Suffolk has become the focus of a mystery after smashed glass bottles were found in the path of passing cars at the same time, on the same day of at least six successive weeks. With almost clockwork regularity, broken spirit and wine bottles have appeared on a short patch of light-coloured tarmac at the edge of Aldringham, between Aldeburgh and Leiston. 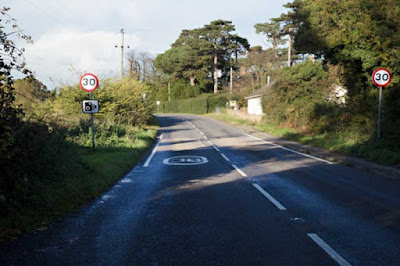 One driver, who makes the journey to catch a train each weekday morning, retrieved two labels from spirit bottles he recently discovered on the road. The motorist, who did not want to be named, said: “It has been happening at 6am, or a little beforehand, normally each Wednesday, in exactly the same place, for at least six weeks. 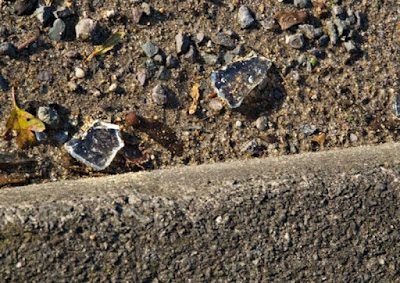 “The chances are, if someone parked there from 5.30am, they would likely find out how this is happening.” The driver said he was advised by police to report the issue to Suffolk County Council’s highways team as a littering complaint. Suffolk Constabulary has since suggested he calls again to report an anti-social behaviour offence. “It’s not just damage to cars that concerns me,” he added. “I’m concerned about the safety of wildlife. 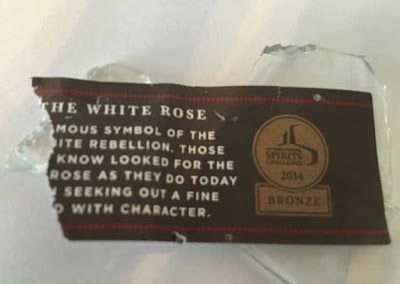 “People also walk their dogs alongside the road. Not only is it a nuisance, if someone is throwing bottles from a car window, it’s idiotic. The fact that it happens at the same time is curious – like the patch of light tarmac is being used as a target. Sooner or later, it could cause an accident.” Though Aldringham has a paper and glass recycling bank, Suffolk Coastal District Council said it is emptied each Monday – ruling out the possibility of bottles falling on the road.
Posted by arbroath at 6:03 am
Email ThisBlogThis!Share to TwitterShare to Facebook