The senior wildlife officer of a remote Russian island has called on people to be careful when discarding litter after a polar bear cub got a tin can stuck in its mouth. 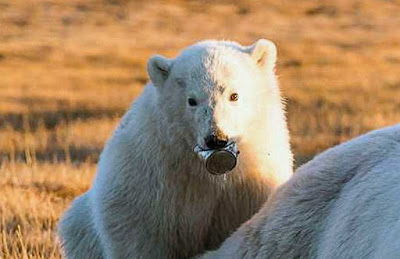 Alexander Gruzdev, head of Wrangel Island's nature reserve, said the cub was unable to move the can for two weeks and was becoming stressed. It is believed that the jagged edges of the can got wedged in the cub's mouth. 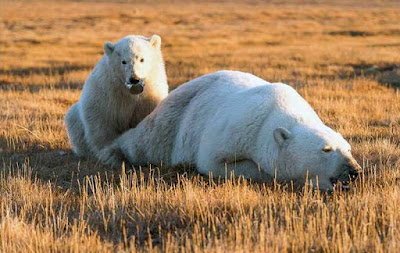 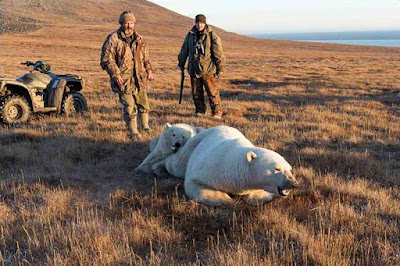 The can was removed after rangers shot the bear with tranquilisers. The bear was spotted by them earlier in the autumn with the condensed milk can in its mouth as it was following its mother who was scavenging for food on the remote island. 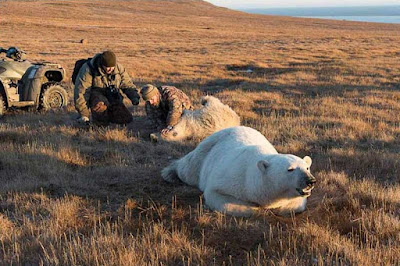 The rangers tranquilised both the cub and its mother before carefully removing the can from the yearling's tongue with the minimum of bleeding. "Happily, it all ended well and I hope there will be no similar situations in the future," Mr Gruzdev said. "But the case highlights the risk to wild animals from man's garbage."
Posted by arbroath at 6:05 am
Email ThisBlogThis!Share to TwitterShare to Facebook