Suspected car thief ran himself over while fleeing from the police

Police in Pasco, Washington, say a car chase ended after a man ran himself over with the vehicle he'd been driving. 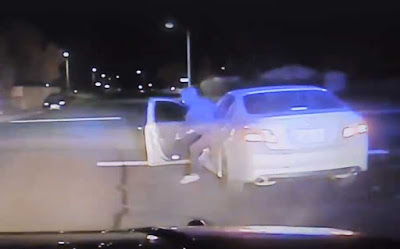 Officers were dispatched to a report of a loud crash just after midnight on Sunday and found a silver Toyota Camry pulling out of an alley and running on a flat tyre. The driver refused to stop and the chase started. 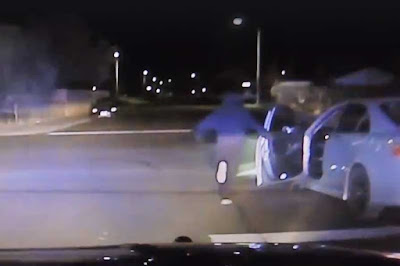 The flat tyre eventually fell off the left front wheel and rolled down the street, but the chase continued. It finally came to an end on when the driver bailed out of the car. He opened the door, jumped out and tried to run around the front of the car. 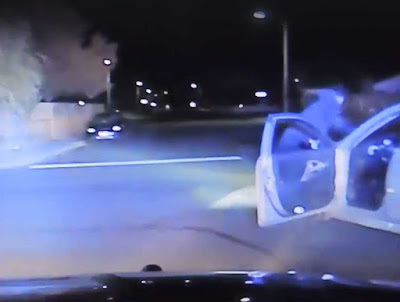 The car was still rolling, hit the man and dragged him for a short way. Pursuing officers quickly grabbed him. The man, identified as 20-year-old Brandon E. Arrieta, was booked in to Franklin County Jail for vehicle theft and eluding. He's also being investigated for additional misdemeanors like hit-and-run.

You can watch the video here.
Posted by arbroath at 6:06 am
Email ThisBlogThis!Share to TwitterShare to Facebook