The Police Service of Northern Ireland have released a picture of cannabis which they seized while out in patrol on Thursday night.

Commenting on the PSNI Facebook page, a police officer said that the person, responsible had been arrested in Larne, County Antrim. 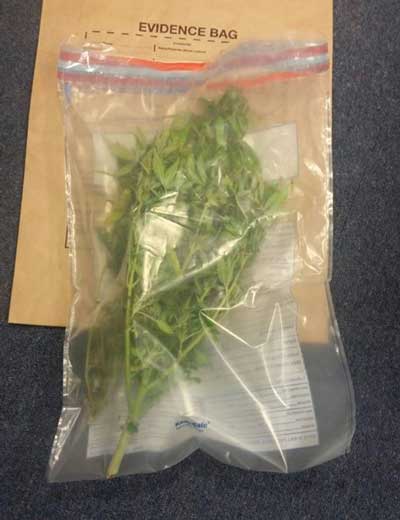 They were dealt with through a Community Resolution while the drug was seized for destruction.

The post added: “While they were no Pablo Escobar it is still a sizeable quantity removed from the streets. If anyone wants to share any info to help remove drugs from the streets of Larne please feel free to contact Police.”
Posted by arbroath at 6:05 am
Email ThisBlogThis!Share to TwitterShare to Facebook