Trio of puppies rescued from underneath burial vault

Firefighters came to the rescue of three puppies that were found trapped under a concrete slab at a cemetery in Florida on Thursday afternoon. 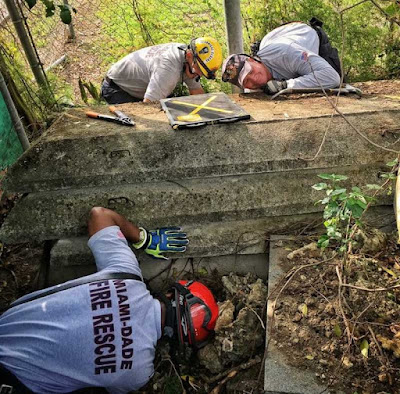 Miami-Dade Fire Rescue crews were alerted to a faint sound coming from underneath the burial vault which is used to house coffins at the cemetery in Miami-Dade. The crews moved around a couple of the slabs and found one puppy that was stuck in a tight spot.

A small trench was dug around the puppy and the dog was freed. But crews quickly realised that two more puppies were trapped underneath the slabs, and worked to rescue the other two. The puppies were all frightened but in good health, officials said. 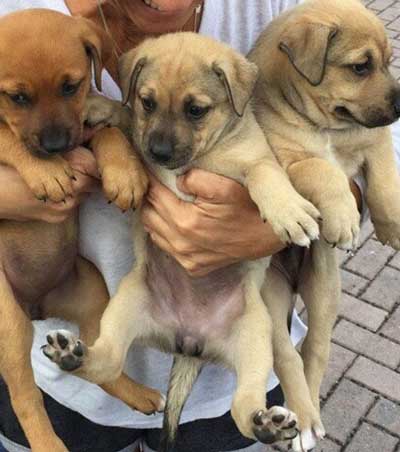 It's unknown what led the puppies to the tight spot but it's believed they were cared for by their mother. The dogs were turned over to the Redland Rockpit Abandoned Dogs Project, which is trying to reunite them with their mother. They will be fed and put up for adoption after they're checked out.
Posted by arbroath at 6:04 am
Email ThisBlogThis!Share to TwitterShare to Facebook