Staff at German transport company BVG are quite accustomed to cleaning up messes left in or around U-Bahn trains.

But early on Friday morning the Berlin transit company’s workers discovered that someone had filled a train carriage with dried leaves. 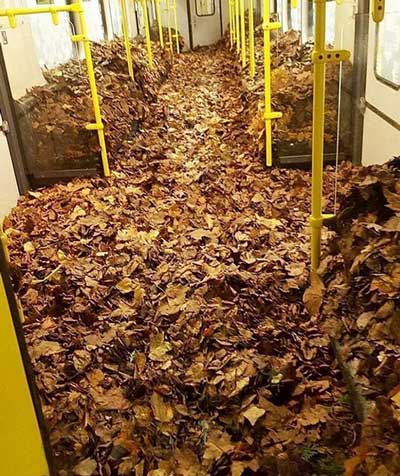 The autumnal foliage covered the entire floor and all of the seats. The clean-up effort involving brooms and fans lasted several hours, causing delays due to the train being out of service.

The prank is thought to be the work of artists, due to an image of the scene later being posted on the Facebook page of Berlin Writers, which is dedicated to street art.
Posted by arbroath at 6:03 am
Email ThisBlogThis!Share to TwitterShare to Facebook