A street magician's treasured prop has been recovered from the River Wear by well-wishers. Alfred Hill, 73, was performing on Framwellgate Bridge in Durham City when a drunken man took his horseshoe puzzle and hurled it into the water. 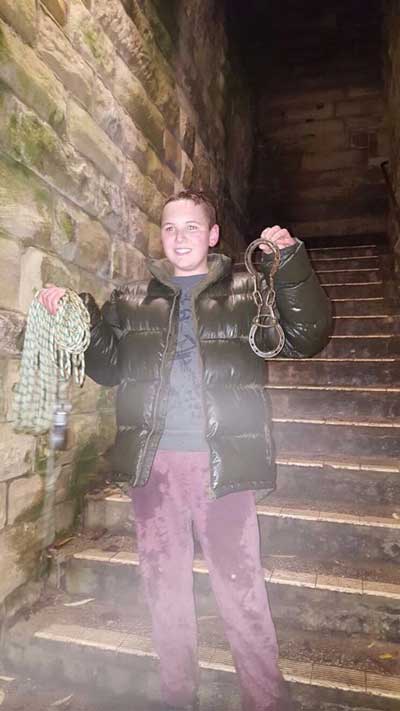 On hearing of his plight, Jonathan Lambert, his father Michael and friend Robert Chappell trawled the river using a powerful magnet attached to a rope. The puzzle, thrown into the water on 1 October, was recovered on Sunday. 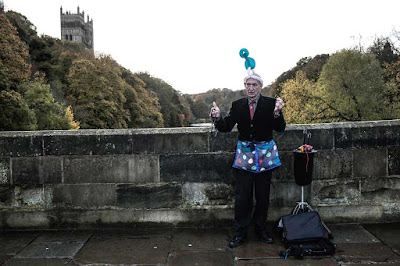 Jonathan, Michael and Robert travelled from Esh Winning in County Durham with the rope and magnet to search for the puzzle from the river bank. It was handed over to police before it was returned to Mr Hill.

Following their success, Jonathan's mother Catherine said: "Their faces lit up when they found it. They felt so happy to make Alf the magician happy." Mr Hill, who wears a special balloon hat, has owned the puzzle for 30 years and described it as "very special". He said: "I'm absolutely thrilled to have it back - and it still works."
Posted by arbroath at 6:00 am
Email ThisBlogThis!Share to TwitterShare to Facebook

Thanks for the update!

Gosh, such a relief!