Town crier's wife assures everyone that she isn't dead

A town crier's wife has assured everyone she is not dead. Caroline Cunliffe, who is married to Steve Cunliffe, town crier for Dawlish in Devon, was absent from a memorial service last Sunday, which led to people to think that she had died. 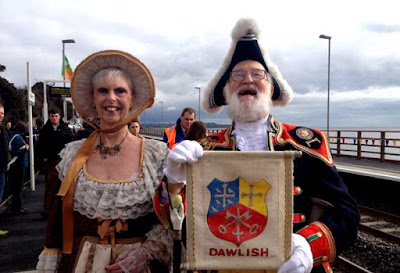 However, the 72-year-old insists that she is alive and well. "My husband attended a memorial service last Sunday alone as I was required elsewhere. It was unusual for him to be alone as we are always together.

"However, people were under the impression that I was dead!" Mrs Cunliffe said people approached the town crier to offer their condolences. "My husband had people approaching him and saying it was sad to see him on his own. 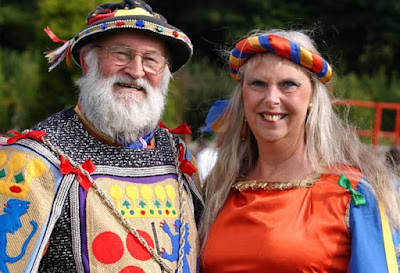 "People just assumed that because I wasn't there I was dead! Even the day before, I was out and about, after winning a best dressed competition, for the ninth time this year. So people would have known that I was around. I just want people to know that I'm not dead," Mrs Cunliffe added.
Posted by arbroath at 6:01 am
Email ThisBlogThis!Share to TwitterShare to Facebook