Woman threatened with eviction over her bird feeders

A council house tenant was threatened with eviction over bird feeders which were said to be annoying neighbours. Margaret Stephen claims she was pulled up after a complaint that bird droppings were making a mess on clothes on a washing line. She said she found the threat "unbelievable" and was left stunned when council chiefs wrote her a letter over the issue. In a letter, they said said she should take "immediate action" or they would consider "legal action" to reposses her tenancy. 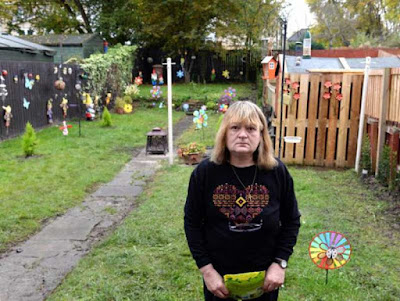 Margaret, from Motherwell, Lanarkshire, Scotland, has now hit out at the move. She said: "There are people selling drugs from council houses and others causing problems with anti-social behaviour and the council can't get rid of them. I can't believe I'm being threatened over bird feeders." North Lanarkshire Council stressed this week action won't be taken against Margaret after she reduced the number of bird feeders.

However, she insisted she had only two bird feeders and this has not changed. The council told Margaret in a warning letter that the feeders were causing a nuisance and a hose she had fixed to the back of a communal gate was an obstruction. She was ordered to take "immediate" action. Susan Fowler, services delivery manager, wrote: "If you fail to adhere to this I will have no alternative but to consider taking legal action to repossess your tenancy." But Margaret said: "I've moved the hose but I won't remove any bird feeders. 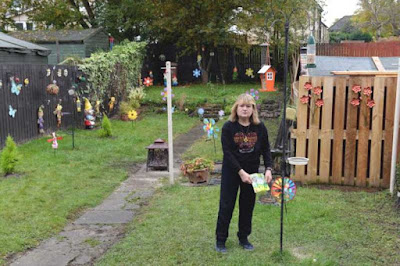 "I love my garden and I think the council should have more serious things to do. I'm off work just now and when I got this letter it made me feel even more ill." A council spokesman said: "Following receipt of a complaint, an inspection of the garden was carried out and the tenant was advised to reduce the number of bird feeders and relocate the hose and hose reel from the communal gate. As we did not receive a response to this request, a breach of tenancy notice was issued. A further visit was carried out to the property this week and the garden was found to be in a satisfactory condition."
Posted by arbroath at 6:02 am
Email ThisBlogThis!Share to TwitterShare to Facebook